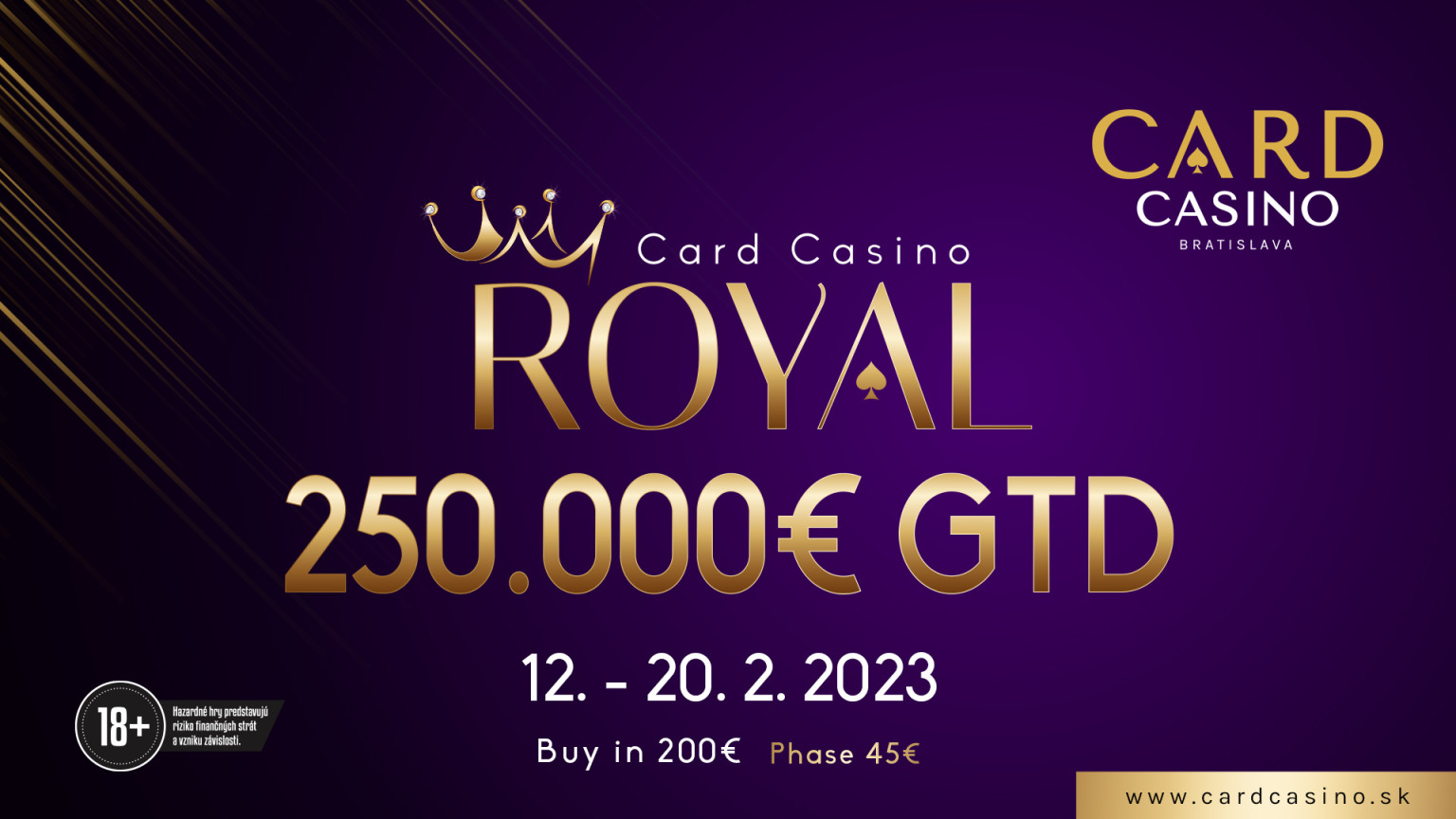 The Royal will once again fill the poker tables. In February, €250,000 GTD will be up for grabs!

Remember the great atmosphere of the €250,000 Royal tournament, which Laco Červený dominated at the end of October after a great comeback? As the winner, he took more than €43,000. In February 2023, the €200 buy-in tournament with a quarter of a million guarantee is back!

The Royal Tournament will be played in mid-February from February 12-20, 2023. What can players look forward to during the week of poker?

The Qualifying Phase will be played on Sunday, February 12 and Monday, February 13. Buy-in €40+€5 and at the end 20% of the players will qualify for the Main Event with the stack available at the time. So whoever is on the wave can advance with a much higher starting stack than the 100,000 intended to start the Main Event.

The Main Event will have 10 flights from Tuesday, February 14, Valentine's Day, through Sunday, February 19, to determine who advances to DAY 2. This will also take place on Sunday, Feb. 19.

The opening flights will feature seven traditional playing days in Bratislava's Card Casino, one more in Komárno - on Friday, February 17 - followed by two accelerated flights in Bratislava. First Turbo and then Hyperturbo. By the way, speaking of Komárno and Game World Casino, the two qualifying Phase will be played here as well. First on Tuesday, February 14 and then on Thursday, February 16.

The Royal Tournament will also feature an exclusive Highroller. It will be played on Thursday, February 16th. The Satellite (played on the same day from 15:00) will be followed by the High Roller from 18:00 with a €1,000 buy-in and €50,000 guarantee. Holdem will be played.

And speaking of Satellites. Advanced players will have already noticed that the prestigious WPT tournament will be coming to Bratislava in the spring of 2023. The €150 buy-in Satellite WPT Prime kicks off on Sunday, February 19 at 17:00, with five players earning a ticket to the €1,100 buy-in WPT Bratislava tournament.

The entire Royal tournament will culminate in a grand finale on Monday, February 20 with its FINAL DAY, where we will recognize the winner and the owner of tens of thousands of euros. 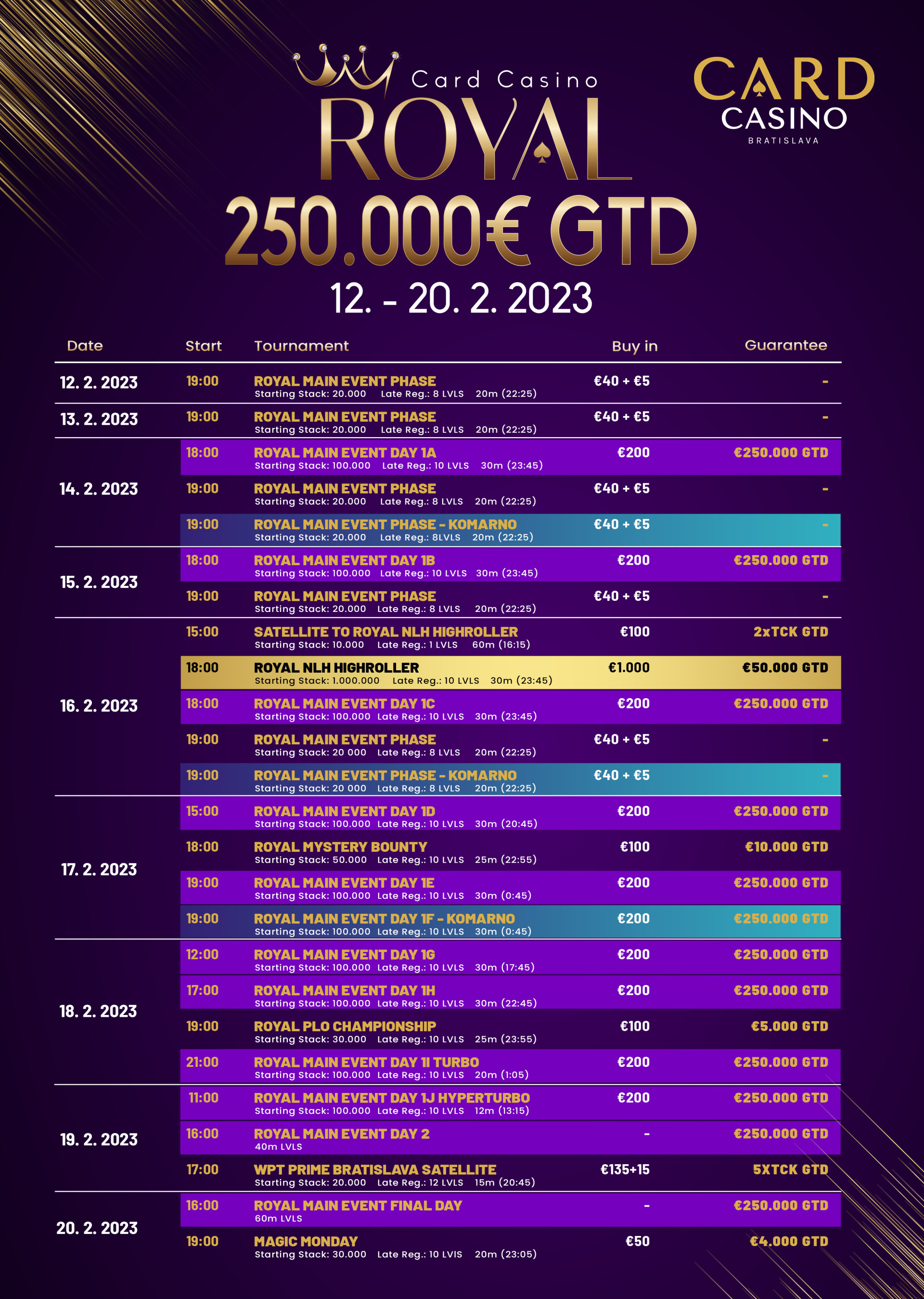 Details not only about the ROYAL tournament, but also about other events at Card Casino Bratislava can be found on our website www.cardcasino.sk or on the casino's social networks.