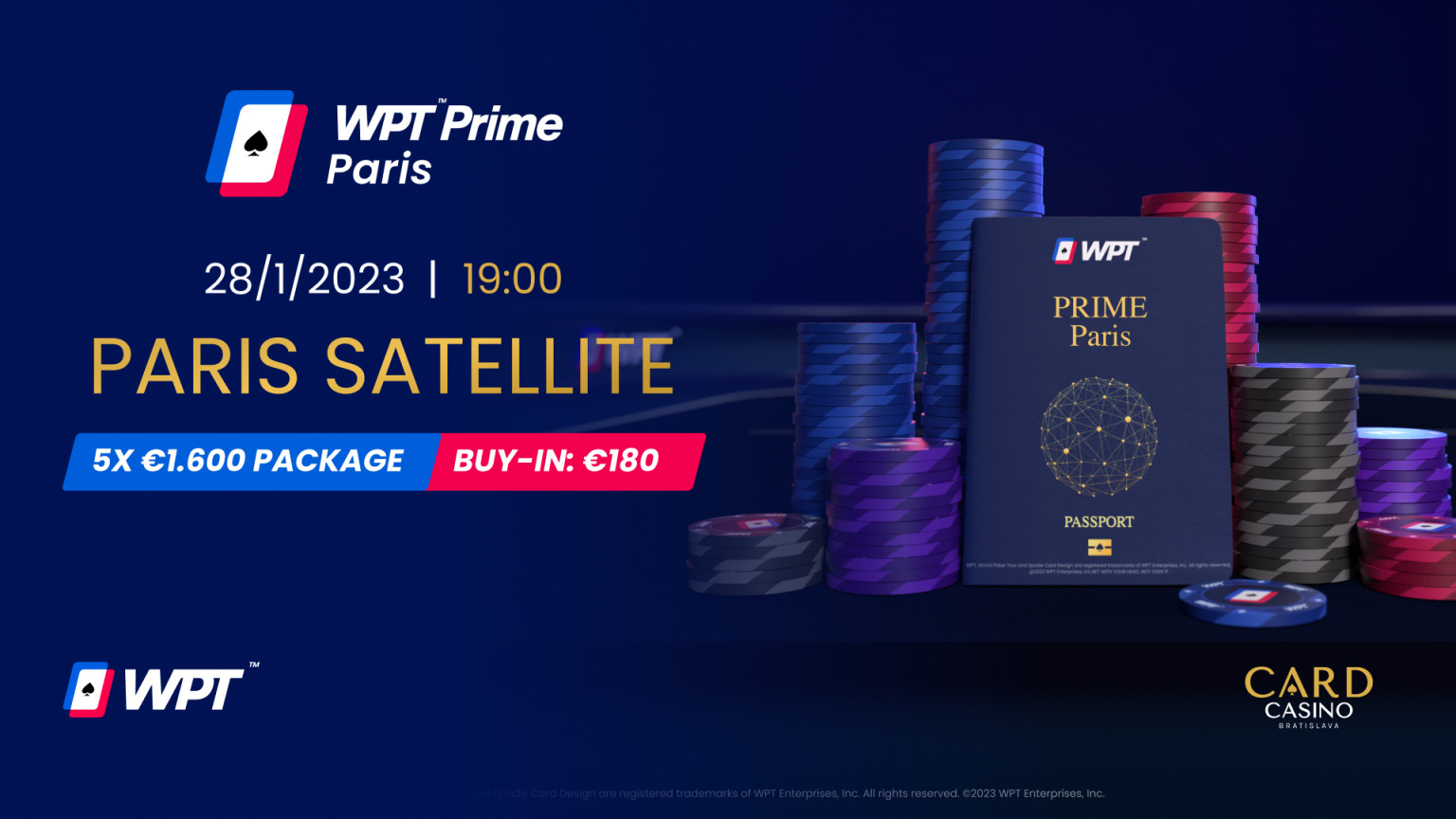 Want to play the WPT in Paris? World Event Qualifier to be played in Carde

Playing the biggest tournaments with huge guarantees are the dream of every poker player. Thanks to Card Casino Bratislava, dreams can become reality.

On Saturday, January 28, the WPT Prime PARIS SATELLITE will be played at the largest Slovak casino, where at least five players will win a ticket to an exclusive tournament in the French capital worth €1,600.

The buy-in to the satellite will be €180, with a stack of 20,000 chips awaiting players. Levels are set for 20 minutes, late reg. will be available until the end of level 12. A freezeout phase will be played from the 13th, i.e. from blinds of 1000/2000. Those who finish in the last five are guaranteed a ticket and a package to WPT Prime PARIS worth €1,600. The tournament itself is played briefly at Satellite - from 31 January to 5 February. The buy-in to the tournament is €1,100, with the remainder of the package players receive covering travel costs.

The World Poker Tour Paris festival gets underway on January 22, with a number of attractive tournaments on the schedule, including the Main Event, which features qualifiers, the €2,200 buy-in High Roller, the Progressive Mystery Bounty and the Super High Roller. World tournaments at your fingertips are brought to you by Card Casino Bratislava, which, by the way, will also host one of the WPT tournaments. Coming up in May is WPT Prime Slovakia with a buy-in of €1,100. 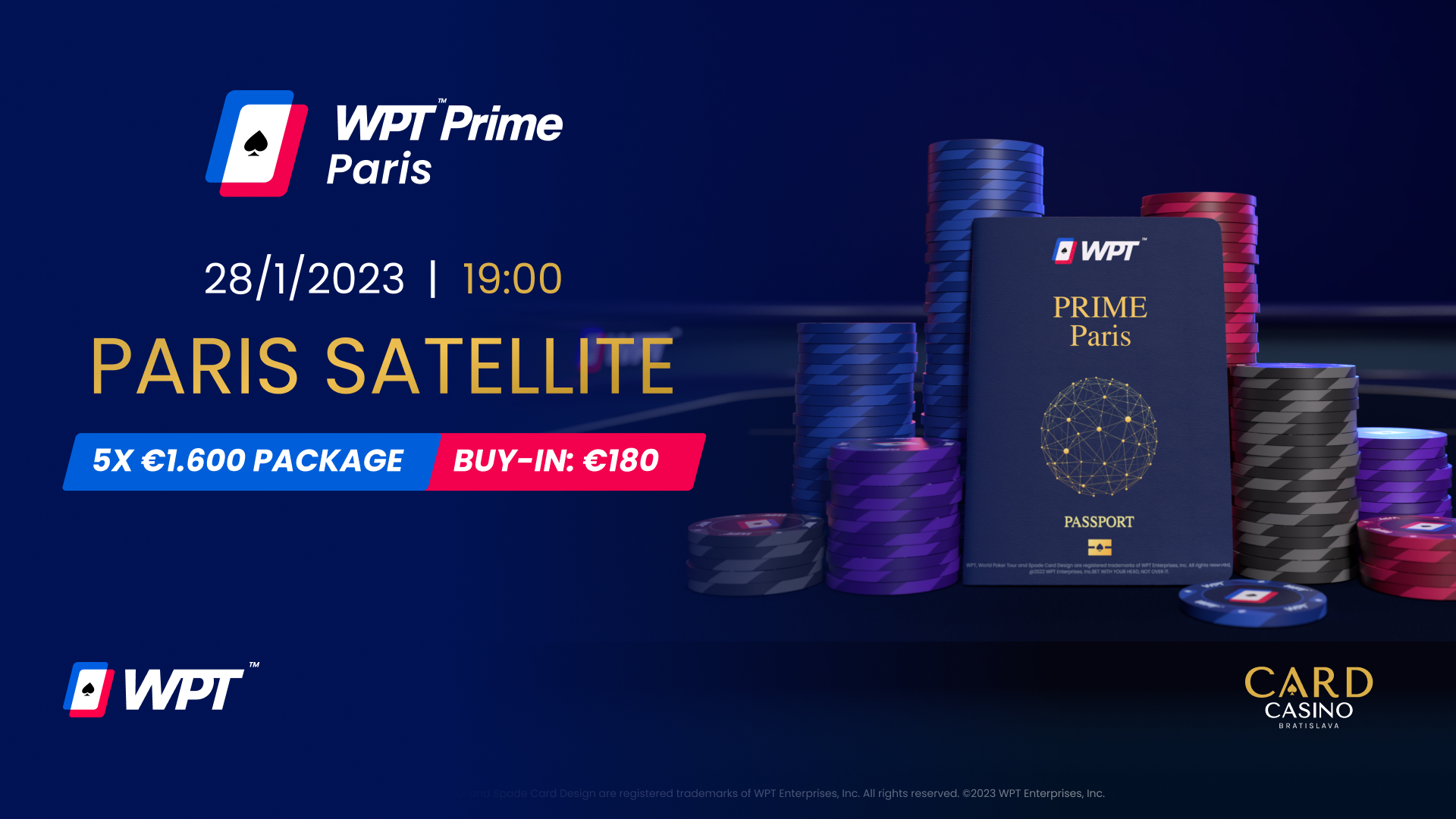 All information about what is happening at Card Casino Bratislava can be found on the casino's website www.cardcasino.sk or social networks.