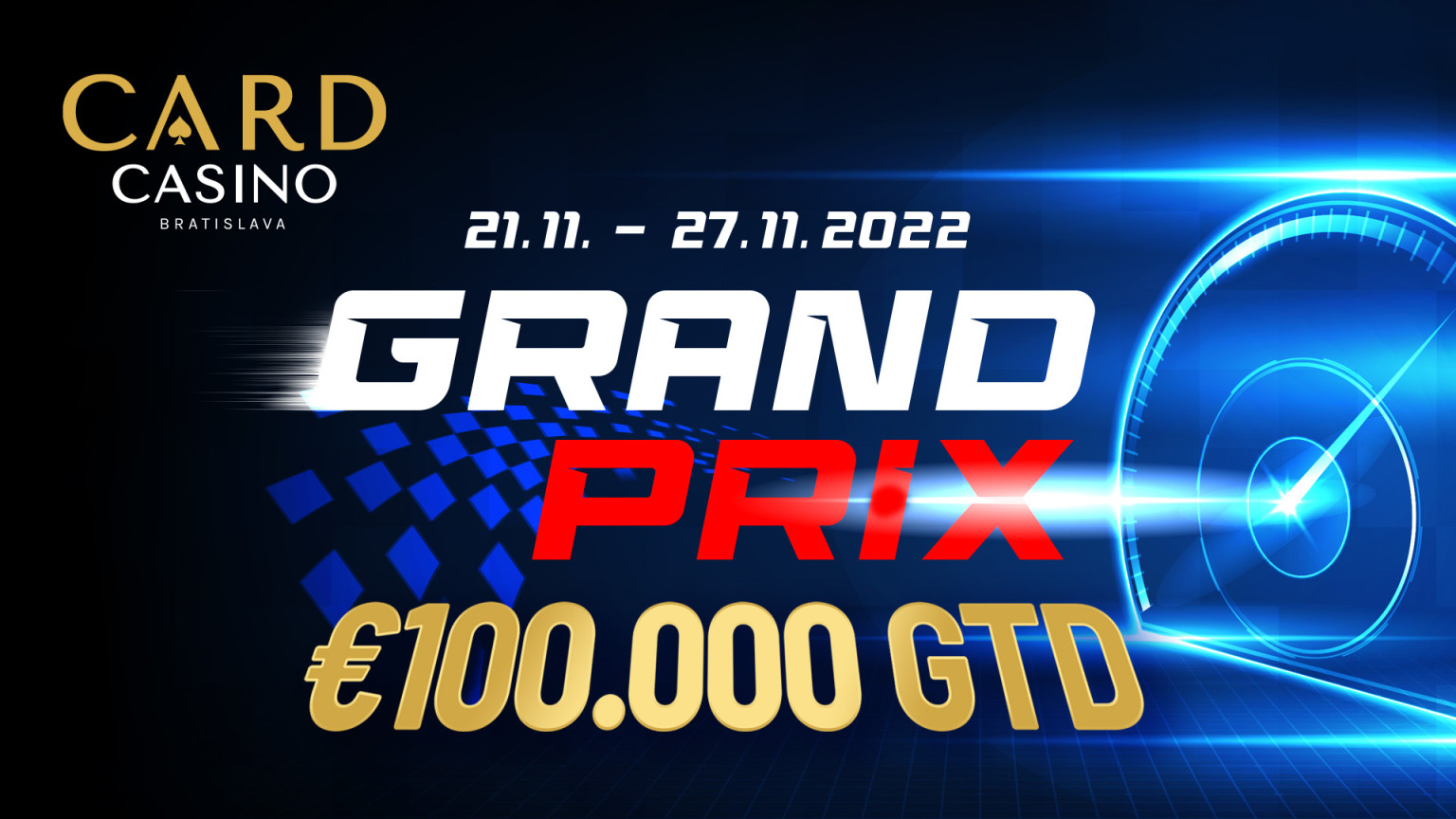 As it happens, Card Casino Bratislava alternates one great poker event with another from week to week. This week, Slovakia's biggest casino is hosting a Formula-themed tournament - the €100,000 GTD Grand Prix!

The inaugural edition of the Grand Prix series culminated with its Final Day in early October. With a buy-in of €100, 1,350 entries were collected. The winner of the tournament was Spaniard Miguel Angel Fernandez, who won more than €17 thousand. Who will emulate him?

In addition, on Wednesday, November 23, there is also an opportunity for players to enter the tournament via another Satellite worth €20. 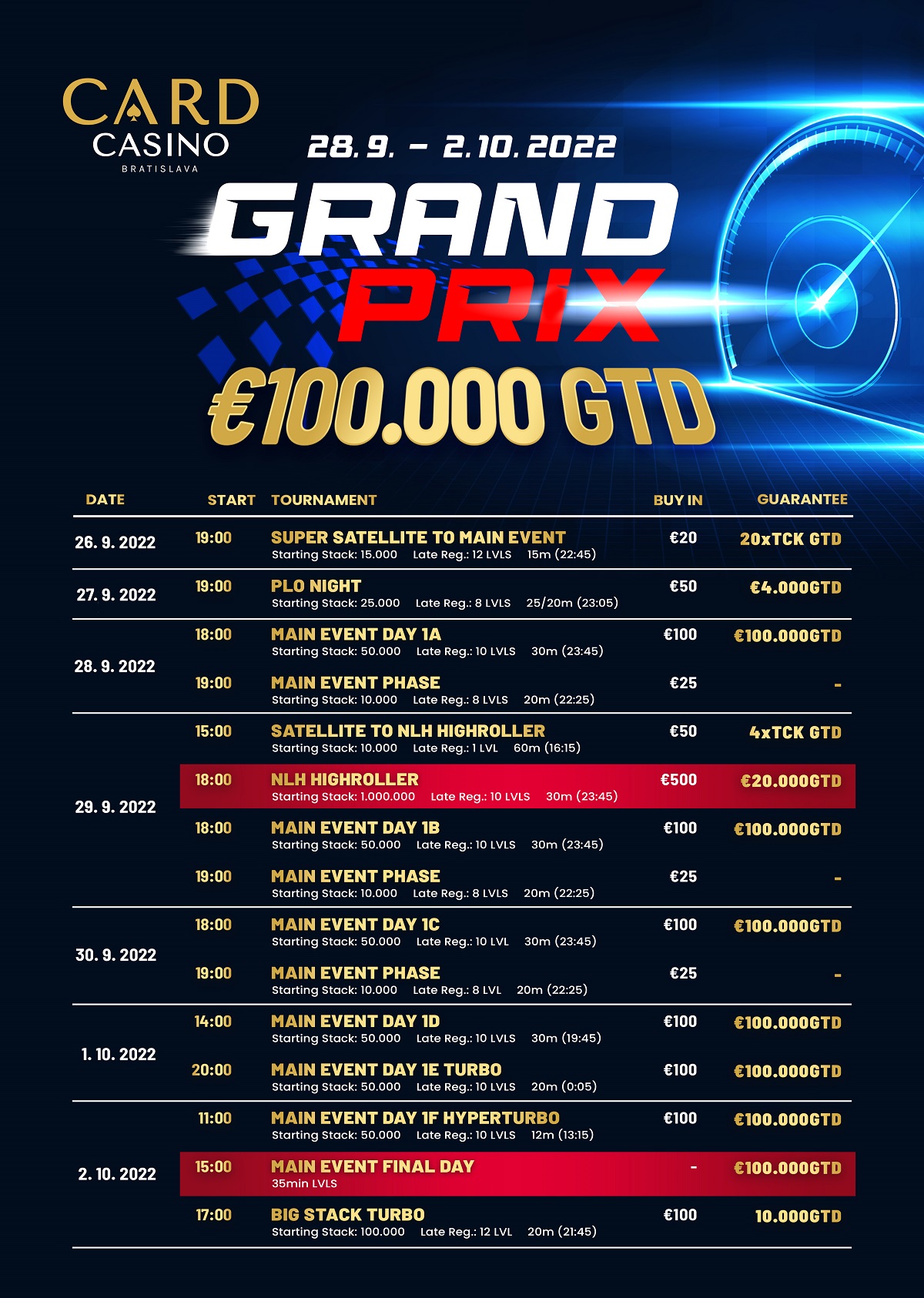 All information about what is happening in the casino can be found at www.cardcasino.sk or on the social networks of Card Casino Bratislava.